Return to the Stars, a tabletop science fiction role playing game, helps players create their own stories in an optimistic space opera setting.

Return to the Stars is designed to allow the creation of characters that evoke the best elements of geek culture. In the far future hyperspace travel gave easy access to countless worlds, and humanity sorted itself into like-minded communities. One such society was the Convention Authority, founded to celebrate the now classical arts of science fiction, fantasy, and gaming.

One day, without warning, the stellar beacon that illuminated hyperspace went silent rendering galactic travel impossible. The systems of the Convention Authority stayed connected thanks to a replica fleet of early starships. Now, after more than a century of effort, a long-range exploration craft has been built. Its purpose: to return to the stars and reconnect with lost civilizations of humanity.

The players of Return to the Stars are a new generation of geeks — makers, genetically enhanced cosplayers, scientists, and pop culture enthusiasts setting out on an adventure of exploration and discovery.

If you enjoy tales filled with optimism and hope, where players can paint a better future in bold primary colors, then you should prepare to Return to the Stars! 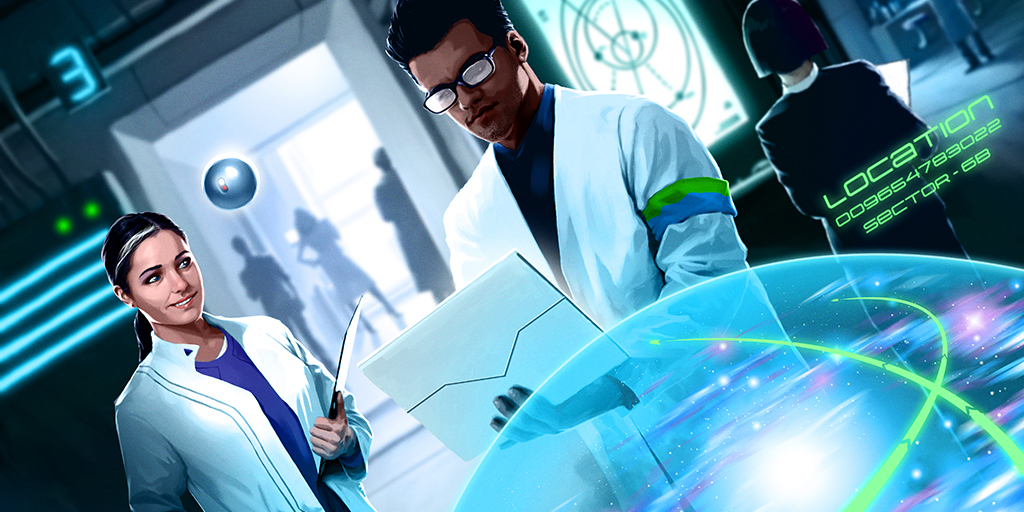 Easy to Learn, Simple to Play

Return to the Stars is powered by the popular Fate Core SRD, an indie game system that helps you tell rich stories without a lot of preparation or calculation.

Carl Sagan once said “If you want to make an apple pie from scratch, you must first invent the universe.” We’ve provided a science fiction setting and skills  so you can jump right in and tell stories of adventure and exploration.  You might think of the game and its setting as a pie crust—a foundation you can fill with your imagination.

Return to the Stars comes with an adventure specially designed to teach the core concepts of the game.  In playtests at many different conventions, new players have been up and running and having a good time after ten minutes of explanation.

Our goal: if you love anime or games or science fiction or cosplay, and have thought about trying roleplaying games, you can get Return to the Stars, read it, and play. 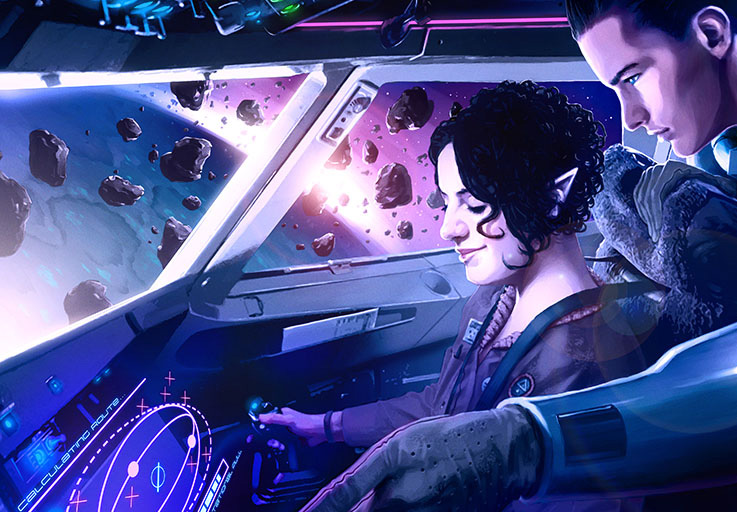 Cool New Tools
If you already love games powered by Fate, we’ve added some fun new subsystems that you can enjoy in Return, or adapt to your existing games and settings.

Character Arcs
Often in fiction a protagonist has a problematic way of interacting with the world. It kinda works for them, but its shadow side takes a cost. Eventually, they learn they need to change and grow. Character arcs are a structured way to spotlight how someone grows past their Trouble.

Competitions
Competitions are a type of contest in which the drama comes as much from trying to perform at the limits of your ability as it does from overcoming the opposition.

Downtime Tinkering
Creative options that players can have fun with between sessions to make the game richer for everyone, getting minor in-game benefits. Equally inspired by the Amber and Pendragon RPGs

Props
Return to the Stars is a game about who people are not about the stuff they carry.  Still, loot makes players happy.  Props are gear that you can have fun collecting but which are only used a single for a dramatic effect. Like an intriguing prop in a well-made science fiction movie it provides a moment of cool that shakes thing up and advances the story, and then you don’t see it again.

Space Opera Skills and Stunts
Skills tailored to tell science fiction stories—play as a scientist or an academic rather than someone with “lore”. Hack into computer systems, change your genetics on the fly. Skills can be varied with over 100 fun stunts, including many novel templates you can repurpose for other settings. 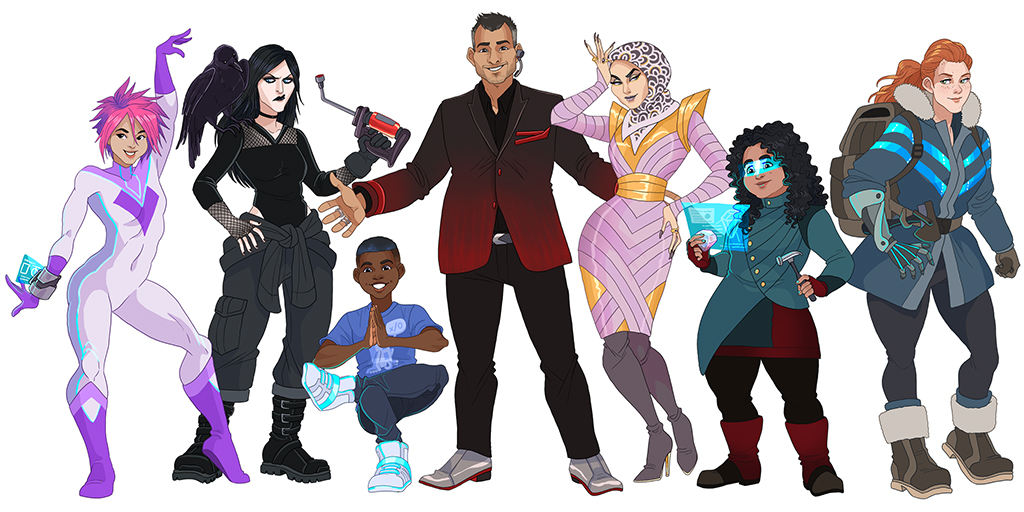 Explore Ideas and Ideals
Return to the Stars is episodic by design: players travel to reconnect the lost worlds of humanity, and have adventures with strong science fiction hooks: adventures that can only happen because of technological or social progress. Player characters bring their ideals and abilities to face the unknown.

The game comes with scenarios and encounters that provide interesting starting situations from which players and game masters can improvise intriguing stories.  Also, since December of 2017 we’ve been tweeting daily sci-fi headlines from the game’s setting, an archive of useful prompts to inspire your creativity.

Paint a better future in bold primary colors-get Return to the Stars!

In order to download this game you must purchase it at or above the minimum price of $14.99 USD. You will get access to the following files: 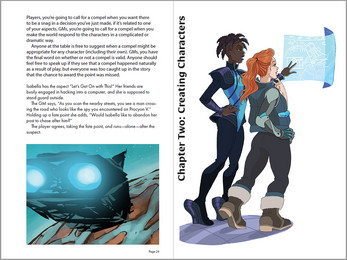 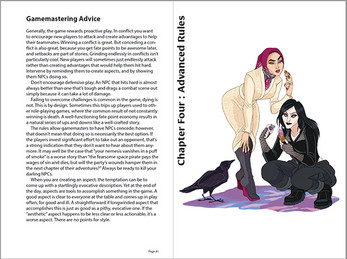 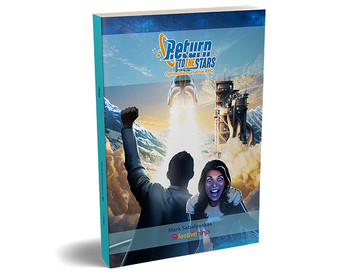 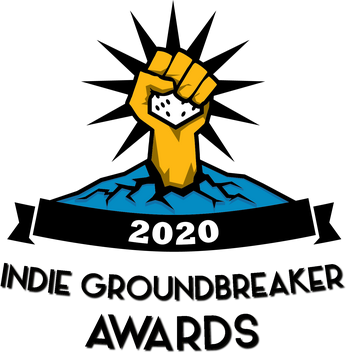